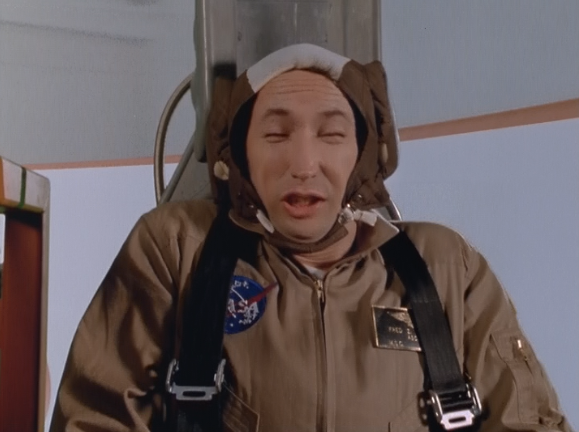 I’m going to make a bold, somewhat controversial statement here. In general, I think it’s fair to say that most women don’t appreciate a good fart joke. I admit it, as a man, just that word “fart” makes me laugh. So I’m often recommending dumb comedies to friends of mine with the warning, “your wife will hate it.” Today we have a great little “dumb” comedy from Disney, of all people. The 1997 astronaut comedy “Rocketman.” 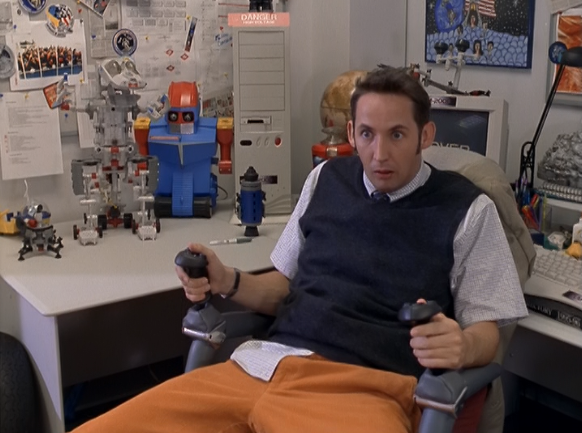 The hero of our story is Fred Randall (Harland Williams), a NASA computer programmer who has dreamed of being an astronaut since he was a little kid. He usually stays in his little office, but one day he has an encounter with the astronauts who are gearing up for the first manned mission to Mars. It seems that the mission’s computer specialist, Astronaut Gary Hackman (Peter Onorati), is having trouble with the simulator and claims there is a problem with the program, which was written by Fred. When Hackman pays Fred a visit, along with Commander Bill Overbeck (William Sadler) and flight director Paul Wick (Jeffery DeMunn), Fred proves there is no computer error. He also manages to seriously injure Hackman in the process. Now, with the mission just a few weeks away, Hackman needs to be replaced. Since Fred designed the system, he becomes a candidate.

Fred is thrilled! Not just with the possibility of going into space, but also with getting to meet a NASA hero of his, Bud Nesbitt (Beau Bridges). Oh, and then there’s the other crew member, Julie Ford (Jessica Lundy), who Fred has had a crush on for a while. She is training a chimp called Ulysses who will help gather rocks on Mars. 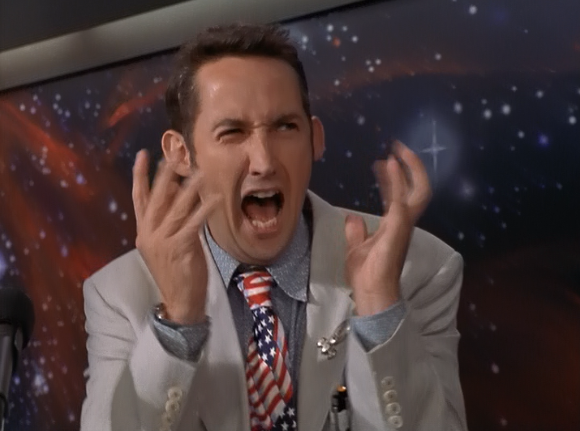 Fred begins going through a number of training exercises to see if he can handle the rigors of space. He is not the only candidate, and though he has a knack for injuring the other potential astronauts, he does excel and several of the tests. The others still seem like the more likely choices. But when NASA holds a press conferences, Fred is shocked to learn that he has been selected for the mission. This scene is hilarious, by the way, with Fred reacting with excited screams like you would expect to see from contestants in a second-rate beauty pageant.

And so Fred, Bill, Julie and Ulysses are blasted into space. Many bizarre things occur in route, of course, including Fred accidentally switching their astronaut food with the toothpaste. Worst of all is that when the time comes for the crew to go into hibernation, Ulysses jumps into Fred’s tube. This leaves Fred wide awake for the lengthy 8 month trip to Mars. He ends up with a serious case of cabin fever. When the crew arrive on Mars, more mishaps come. We get jokes about farting in space suits and when Fred loses the flag they are supposed to plant on the surface, he ends up flying his patriotic boxer shorts instead. But when a massive sandstorm threatens to strand the crew on the red planet, it’s up to Fred to save the day.

Make no mistake, “Rocketman” is a dumb comedy…but, call me what you will, I laughed a lot! Strangely, it was made with NASA’s cooperation, with scenes shot on location at the Johnson Space Center. I gotta admit, I admire them for having a sense of humor about themselves. 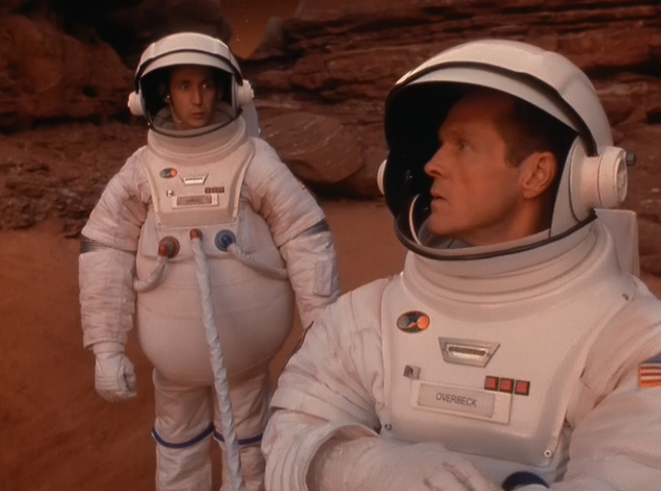 Fred is the ultimate man-child, and Harland Williams is very funny in the role. Clearly, he was allowed to improvise. Williams also works very well playing off the other cast members. Sadler is just right as the mega-astronaut out to secure his place in history and Jessica Lundy is just adorable. Inevitably, her character starts to fall for the uber-doofus Fred…Lundy actually manages to make it quite believable. The scene where she gazes at Fred as he sings “When You Wish Upon a Star” while looking out into space is down right sweet.

Let’s face it folks, this is not a movie to be analyzed. It’s not out to impress you, it’s not out to change the world…it’s out to put goofy grin on your face. From my point of view, it succeeds big time. Come on ladies, give it a chance!