After the great success of 1941’s The Wolf Man, Lon Chaney Jr. was the go-to actor for horror movies. He ended up playing so many of the classic characters. He played Dracula, well his son anyway, in Son of Dracula, and he was Frankenstein’s monster in The Ghost of Frankenstein. Chaney also made three appearances as the Mummy. Of course, Boris Karloff played the mummy Imhotep in the original film, The Mummy, but that character did not appear again until the remake series of recent years. However, Universal did start a series of four films focusing on a mummy called Kharis. Chaney played the role in three of the films, including this final chapter, 1945’s The Mummy’s Curse. 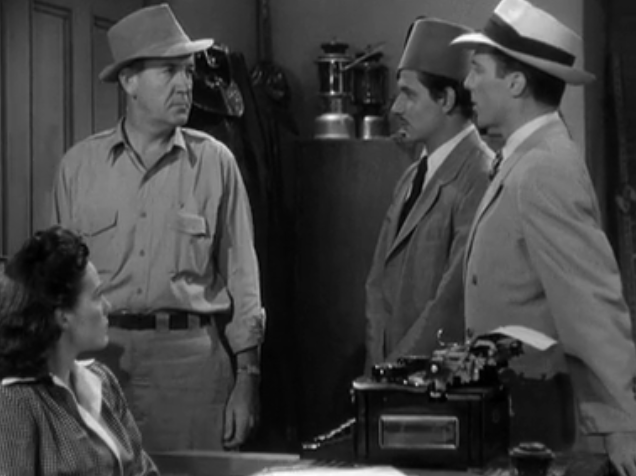 Our story is set in the swamps of Louisiana, where a crew of workmen are nervously toiling away on an irrigation project. What’s got them all worked up is that they don’t want to disturb the resting place of the mummy Kharis, who according to local legend vanished in the swamp years ago with the incarnation of his love, the princess Ananka. Work must go on, however, even when two archaeologists, Dr. Halsey (Dennis Moore) and Dr. Ilzor Zandaab (Peter Coe) show up to  try and find the mummy’s remains. 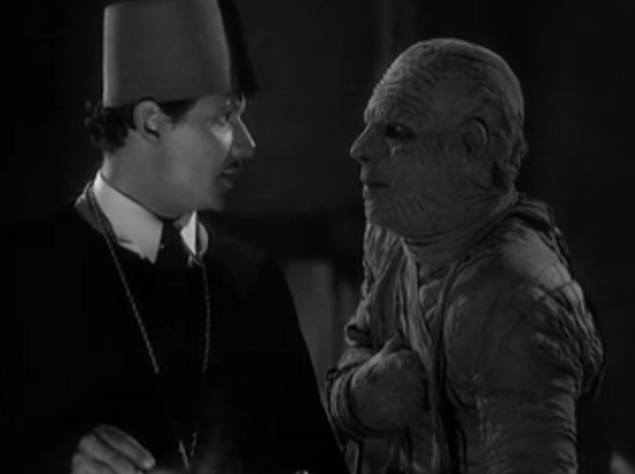 It turns out, though, that Zandaab is a nasty guy, there only to find and resurrect Kharis (Chaney). He manages to do just that, with the help of the mystical tanna leaves…Kharis is kind of a junkie for this stuff. Once the mummy is up and walking again, it doesn’t take long for the bodies to start piling up. Meanwhile, the princess Ananka (Virginia Christine) also emerges from the swamp. At first she is somewhat crusty and zombie-like, but soon transforms into a lovely young woman. She ends up becoming an assistant to Halsey since she strangely has great knowledge when it comes to ancient Egypt. However, she also has a tendency to lapse into a trance like state and moan the world “Kharis” over and over. Soon Kharis starts showing up to reclaim his love, killing anyone that stands in his way.

The Mummy’s Curse is a short little film, coming in at roughly an hour in length. It ends up being only moderately satisfying. On the one hand, Chaney makes a good mummy. He was no stranger to working under tons of makeup and, like his father before him, he knew how to really bring a performance through the makeup. Even though Kharis is not that expressive a character, you can still see some depth coming through Chaney’s eyes. On the other hand, Kharis isn’t given a whole lot to do here. He lumbers around, always keeps his right arm tucked in his chest, and occasionally strangles someone. I mean come on…this is Lon Chaney Jr. we’re dealing with here! It’s ok to stretch him a bit! I guess I chalk it up to a general lack of creativity in the film. One scene in which Halsey and company hop into their car oblivious to the fact the Kharis was just a few feet away from killing them is downright groan inducing.

Most of the supporting cast members are less than memorable. One exception is Virginia Christine, who is solid as Ananka. Her introduction actually ends up being the film’s creepiest moment. Ananka rises from the mud, looking almost like something out of Night of the Living Dead. She wanders through the swamp, caked in white clay. There’s an eerie emptiness to her appearance, yet we can also see hints of her beauty. It’s a bit disturbing, but sadly we don’t get any other moments quite as jarring as this one. To be honest, I’m not even sure if it’s Virginia Christine in that scene, but it’s a great moment none-the-less. 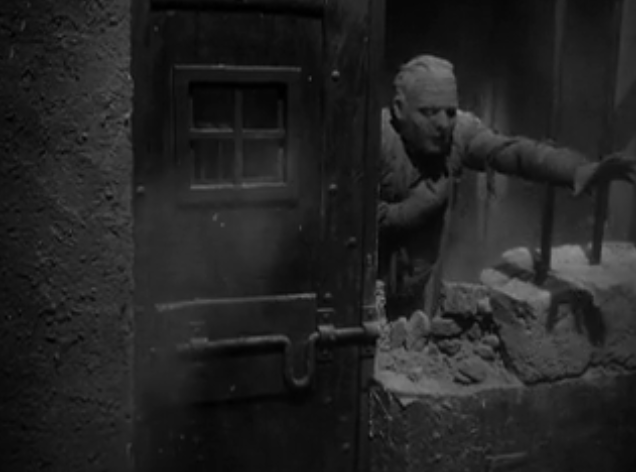 I was also disappointed by the waste of a great locale for the story. It takes place in the Louisiana bayou, but it’s Louisiana by way of Burbank. The attempt at creating a cajun feel for the whole thing falls way short. The accents of the locals sound more out-and-out French than cajun. Plus, an African-American character called Goobie (Napoleon Simpson) will probably be found to be quite derogatory by many viewers. The only success in terms of atmosphere comes in the form of the abandoned hilltop monastery where Zandaab is hiding Kharis, but that comes more from the more gothic tradition of other Universal monster films like Dracula and Frankenstein.

In general, this film feels like it was quickly thrown together. There’s certainly still some of that Chaney charm to this final outing for Kharis, but on a whole The Mummy’s Curse is a disappointing entry in his filmography.

This post is Forgotten Films’ entry in the Chaney Blogathon hosted by Movies Silently and The Last Drive In. Be sure to check out all the great posts on the work of Lon Chaney and Lon Chaney Jr.

3 thoughts on “The Mummy’s Curse”