I know a lot of people complain about some movie series’ getting out-of-control with the number of sequels, but there is a part of me that enjoys getting to revisit characters again and again. Quite frankly, today’s film series are nothing compared to the number of instalments that we saw in the classic film era. The Bowery Boys made over 40 films between 1946 and 1958. That’s not even counting all the films they made under other names (Dead End Kids, LittleTough Guys, etc). So every couple of months you could plan on seeing your old pals up there on the screen again. Today we look at one of the earlier Bowery Boys films…1946’s In Fast Company.

As you know, things are rough in the Bowery, especially for Mr. Cassidy (Frank Marlowe) the head of the independent cab company, Cassidy Cab. It seems that the slimy Steve Trent (Douglas Fowley). manager of the Red Circle Cab Company, has been trying to bully Cassidy into selling his small business to him. When Cassidy refuses, Trent has a few of his drivers run the hard-working Cassidy off the road, resulting in a broken arm and a busted up cab. This leaves him unable to earn a living for his struggling family. Luckily, Father Donovan (Charles D. Brown) has a plan. He enlists Slip Mahoney (Leo Gorcey) to take Cassidy’s place. At first Slip wants nothing to do with it, but when Father Donovan stops a cop from hauling in Slip and the boys for busting up a fruit stand, he has no choice but to help out.

Right away, Slip has a run-in with a few Red Circle drivers. Of course, he’s not the type to take this sort of thing sitting down. He enlists his pals Satch (Huntz Hall) and the other boys to help him out, as well as do a little handy work to disable the Red Circle cabs. This escalates things and soon there is violence when Slip is told to drive into a dark alley by a beautiful young customer where he gets beaten up. If that wasn’t trouble enough, Slip’s gal Mabel (Judy Clark) is getting angrier and angrier that he keeps skipping their dates to drive a cab. Slip and Satch soon determine that they need to go straight to the owner of Red Circle and let him know about the nasty practices of his managers and drivers. 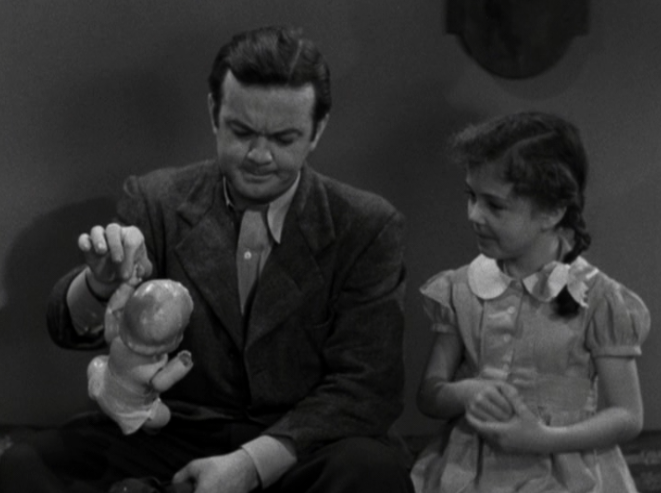 In Fast Company has a great scenario for Gorcey and the boys. It gives them the chance to be tough guys as well as show a tender side. The scene where Slip sits with Cassidy’s young daughter has an unusual sweetness to it. The film does suffer a bit from some missed opportunities. The highlight of the film is the moments where there is the back and forth battling between the boys and the evil Red Circle cab drivers. The Bowery Boys are the sort of characters that don’t let anything go unanswered. You mess with the bull, you get the horns type of thing. Unfortunately, this only lasts for a short portion of the film. Slip and Satch end up spending way too much time trying to talk with the owner of the cab company about what’s going on. That seems way too logical a response for the boys. I wanted to see them continue to find ways of sabotaging the competition and stealing their fares. 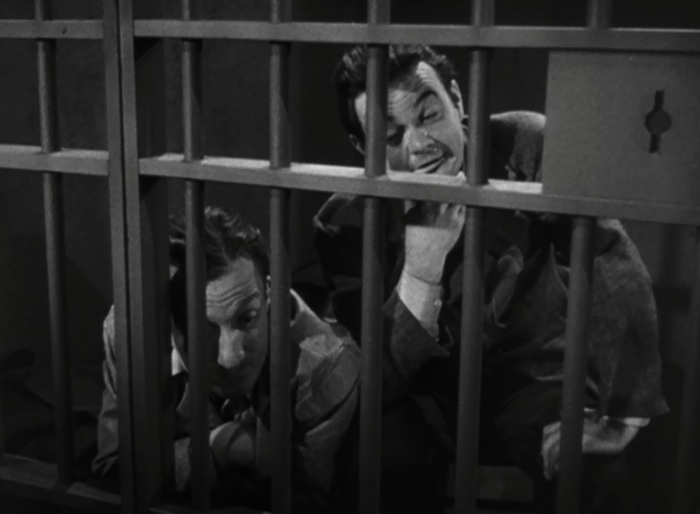 Still, the movie is a lot of fun to watch. The Bowery Boys always strike me as a grown up version of Our Gang, so it’s hard not to have fun with that. The focus of the film is primarily on Gorcey and, to a lesser extent, Hall; but the other boys, David Gorcey, Billy Benedict, and Bobby Jordan, get a few more opportunities to contribute this time around. Judy Clark as Slip’s girl Mabel is also a real treat. The cast gives us some solid comedic moments. A scene with Mabel and the boys stuffed in a phone booth is a fun slapstick moment. Then we also get a real knock-down drag-out fight at the end of the film that is fun in a completely different way. The boys have to live up to their tough guy reps, after all.

Though In Fast Company left me wishing for a bit different approach at times, there is still a lot to enjoy here. There is an undeniable spirit in the Bowery Boys films that is quite present in this entry. It’s no wonder their film series lasted so long.

One thought on “In Fast Company”