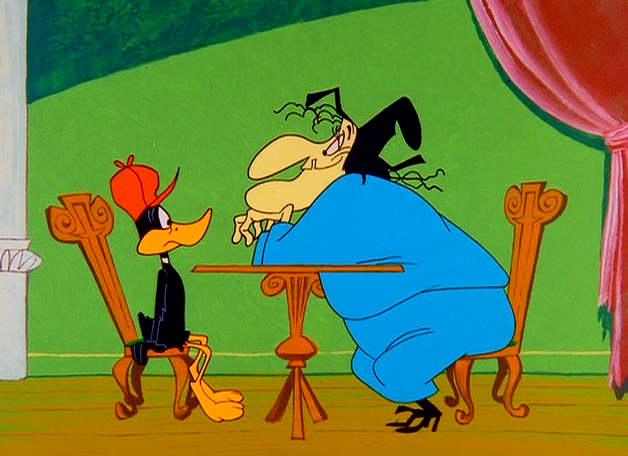 In the 1960’s things were starting to wind down for the era of animated short subjects appearing in theaters. The folks at the Looney Tunes were still making an effort, however. That included continuing the tradition of Halloween-themed shorts featuring some of the classic characters. This time Daffy Duck and Speedy Gonzalez are up against Witch Hazel in 1966’s A-Haunting We Will Go. 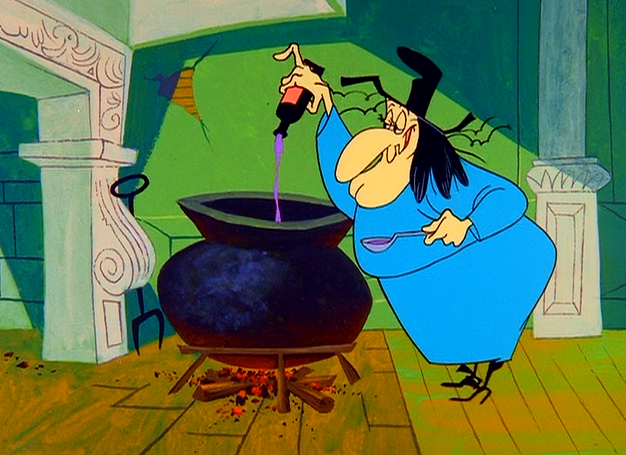 It’s Halloween night and Daffy Duck’s nephew (he doesn’t get an actual name) is out trick or treating. When he happens upon the home of Witch Hazel he freaks out and hurries home to convince Uncle Daffy that he’s seen a witch. Daffy doesn’t believe it, of course, and sets out to prove his nephew wrong. 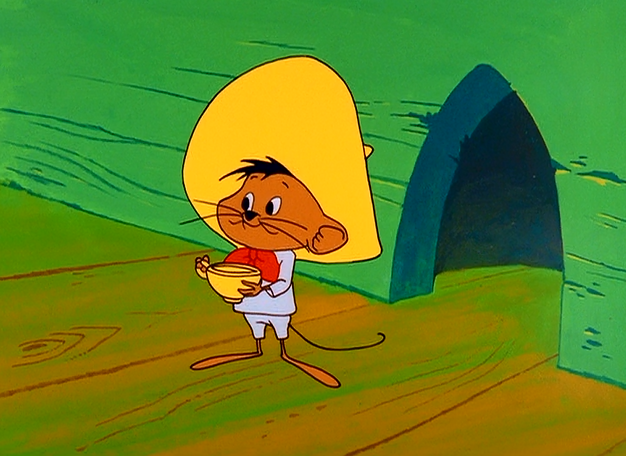 Meanwhile, back at Witch Hazel’s place, the old hag is lamenting the fact that she works too hard and needs a vacation. She decides to head to Hawaii, but first she needs someone to take her place…I guess since it’s Halloween and all. So, she gives some enchanted cheese to Speedy Gonzalez, who happens to live in her wall, which changes him into a copy of the witch. When Daffy shows up, he is greeted by Speedy as the witch and is given a potion which transforms him into the same bizarre form he took in the classic cartoon Duck Amuck. Hazel then returns from Hawaii (talk about a short trip), changes Speedy back, and has some fun of her own with Daffy. 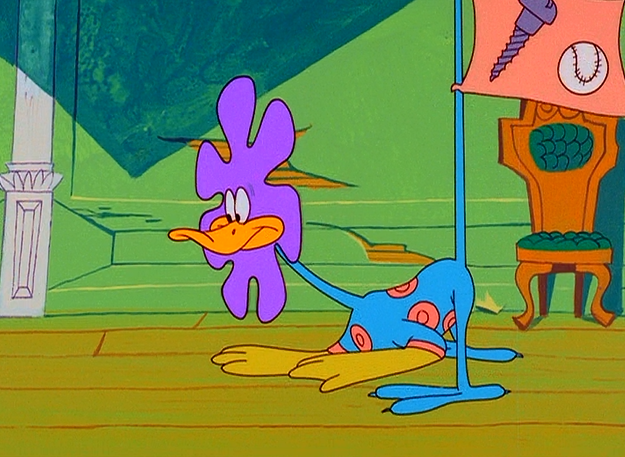 I’m a huge fan of classic animation, so it pains me to say that this may be one of the absolute worst of the Looney Tunes shorts. It was directed by Robert McKimson, who should’ve known better. To start with, the story is so horribly contrived. I mean, why is having Speedy Gonzalez transformed into the witch a necessary plot point…especially considering that Witch Hazel returns from her blink-and-you’ll-miss-it vacation just a few moments later. Not to mention that the lack of originality with this one is blatant when the mutant Daffy design used in Duck Amuck is recycled. And while I’m ranting, would someone please tell me why in the name of Leon Schlesinger is Daffy Duck wearing Elmer Fudd’s hunter’s cap throughout this short? 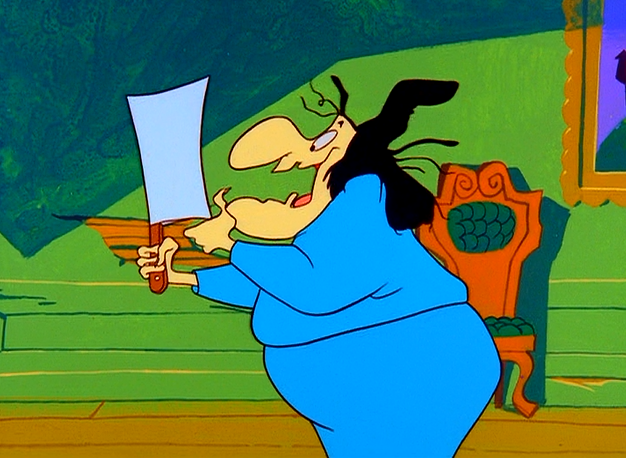 Beyond all this, the animation is just awful. The characters are flat, lifeless and jerky. While there is some nice work in some of the background designs, the characters do not inhabit their environments. At times they seem to be floating on top of the background art. Even Mel Blanc’s voice work is lackluster. Only June Foray’s vocal talents as Witch Hazel are worthy of merit.

It goes without saying that not every animated short Warner Brothers produced is going to be a classic. However, it is particularly sad looking at this one considering when it was released, as the age of theatrical shorts was ending. With output like this, it’s easy to see why.

2 thoughts on “A-Haunting We Will Go”