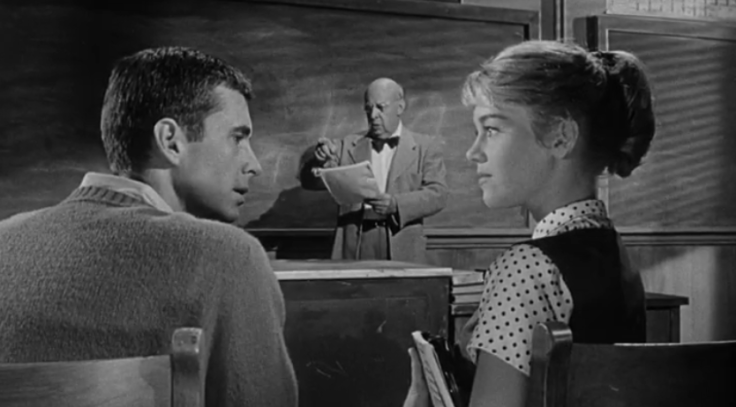 It only takes one iconic role to shoot a young actor or actress into a different level of stardom. Take Anthony Perkins, for example. He had appeared in a number of films before 1960 when he played Norman Bates in Alfred Hitchcock’s Psycho. Though he made many many more films, from then on there was an automatic creepiness associated with Perkins because of his most famous role. The film we’re looking at here today is actually the last film that Perkins appeared in pre-Norman. It also happens to be the first film appearance for an up-and-coming young actress named Jane Fonda. Perkins trades mother’s dress for a basketball uniform in 1960’s Tall Story. 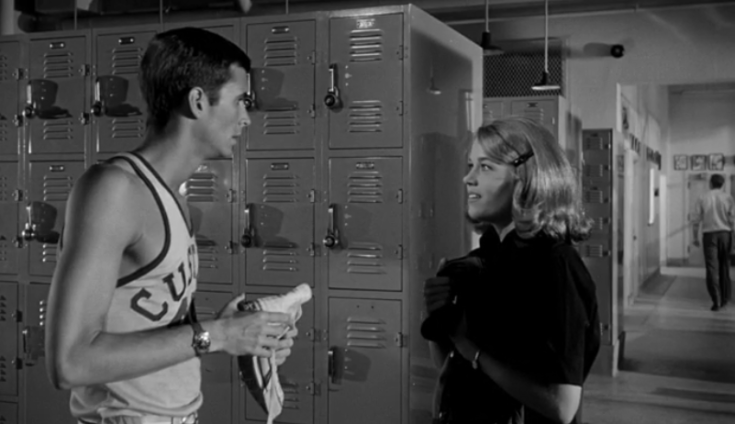 Our story takes place on the campus of Custer College. A young woman named June Ryder (Fonda) has just arrived on campus to start the mid-year term. She is not interested in academic pursuits, however. She is in school for one reason: to find a husband. As a matter of fact, she already has a husband picked out…Custer’s star basketball player Ray Blent (Perkins). June does everything she can to be close with Ray. She joins the pom-pom squad, takes the same courses he does, and even convinces her professors to seat her next to Ray. 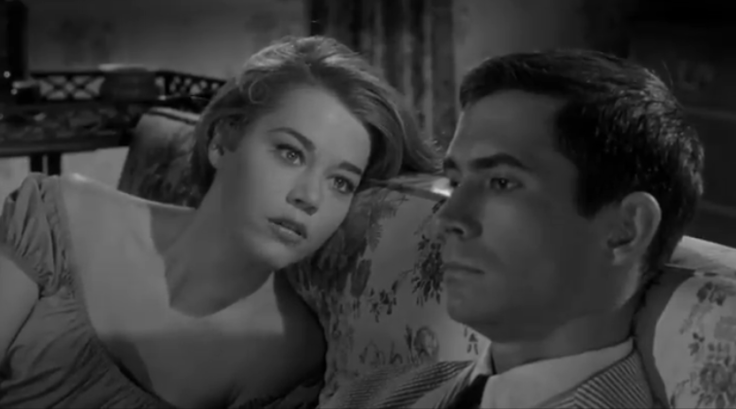 Eventually, Ray does start to fall for June, who he thinks shares his varied academic interests. Ray is somehow both a jock and a brain. The couple quickly moves from first kisses to discussing marriage. They even get the chance to buy a mobile home from another couple, but they are a bit short on funds. That’s when Ray starts to receive mysterious envelopes full of money; payoffs for throwing the big game against a traveling team of Russian players. More trouble comes when Ray flunks his ethics test and gets kicked off the team. Soon, the whole school starts pressuring the ethics professor (Ray Walston) to cut Ray some slack. Eventually, Ray tells about the money and that he intentionally flunked the test so as not to be a factor in the game. The professor then ends up having to give Ray an oral test while the game is in progress so he can join the team and win the day. 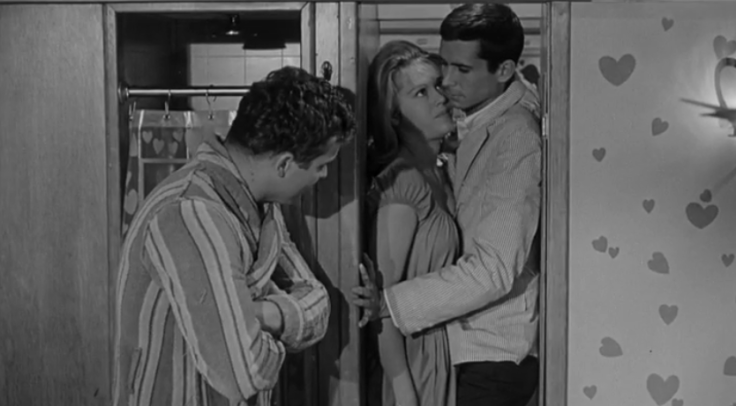 Many of today’s viewers will have some problems with Tall Story, especially Jane Fonda’s character. Heck, Jane Fonda would probably have a problem with Jane Fonda’s character! She’s a young woman going to college for no other reason but to find a man…not to mention the fact that her major is Home Ec. That aside, I found Tall Story to be a pretty cute little story. Perkins bring the same sort of awkwardness he brings to Norman Bates, but this time it comes across as charming and lovable. Fonda is also quite impressive. In early parts of the film she comes across as a sort of early 60’s version of the manic pixie dreamgirl. Later, though, she really turns on the steaminess. Perkins essentially turns into a puddle of goo when she turns up the heat, and who can blame him. Both performances are funny and sensitive. The two stars even sing a song together. Norman Bates sings…I’d buy that album! 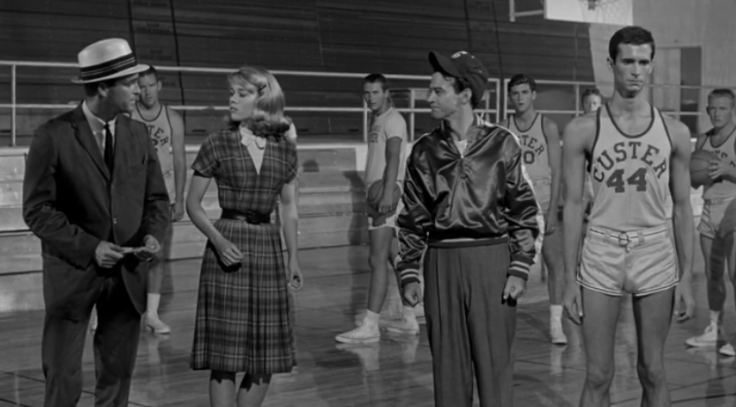 The film is actually quite interesting in its portrayal of sex among these college students. Oh, premarital sex is still very much a no-go. It’s not surprising, therefore, that it doesn’t take long for Ray propose. After all, the shorter the wait the better…his girl is the future Barbarella, after all. Besides, there’s even a whole little trailer park just off campus that serves as housing for married students. They’ve got their own little love-in going on with songs, a campfire, and everything! They even give their trailers names like “All Shook Up, “Fun House,” and “Wiggle Inn.” When the trailer park is rockin’ don’t bother knockin’! So, while the film makes it clear that these coeds are’nt shackin’ up until after the honeymoon, there’s no mistaking what’s on their minds most of the time. In some of Perkins’ more intimate scenes with Fonda the poor guy looks like he’s going to burst like John Belushi impersonating a zit. 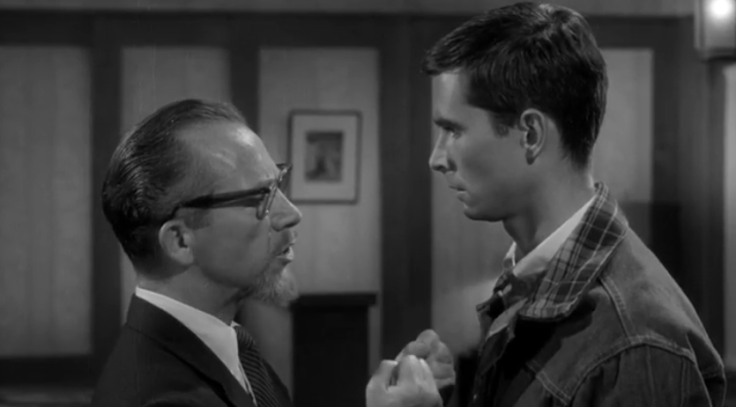 The film also has some very funny moments courtesy of the supporting players. Future mayor of Amity Island Murray Hamilton is hilarious as the basketball coach whose peace of mind rests on the shoulders of his star player. Also fun is the always dependable Ray Walston, turning in a performance that eerily foreshadows how he would approach his role as Mr. Hand in Fast Times at Ridgemont High some twenty-two years later.

Tall Story is definitely the product of a different time. Even just a few years after it was made the central character of a young woman more concerned with getting a husband than a diploma would’ve induced much eye rolling from many young ladies. However, the story still manages to be sweet and funny with a sexy Jane Fonda and Anthony Perkins just before he became film’s most famous momma’s boy.

One thought on “Tall Story”