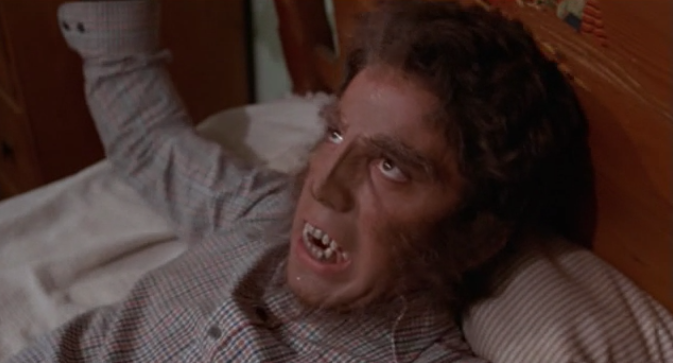 In the 70’s and 80’s one of the big names in B-movies was Larry Cohen. He was known for a wide variety of movies, including blaxploitation films like Black Caesar and Hell up in Harlem, giant monster movies like Q, and all three chapters of the It’s Alive series of monster baby movies. In our film today, though, Cohen gives us his spin on the teenage werewolf film. Coming a few years before Michael J Fox wolfed out in Teen Wolf, it’s 1981’s Full Moon High. 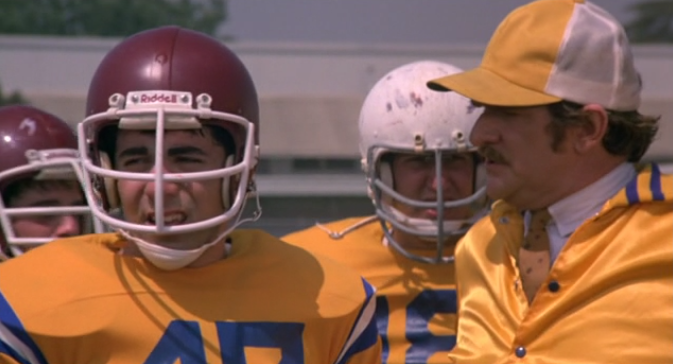 The film opens in the late 1950’s where Tony Walker (Adam Arkin) is the star football player at Full Moon High. Tony’s father (Ed McMahon) works for the government and has to go on a trip to Romania. Tony tags along, since he’ll be back in time for the next football game. While on the trip, though, Tony is attacked by a werewolf. You don’t have to be an expert on lycanthropy to know what happens next – when Tony returns to the states he finds that he himself is now a werewolf. Tony’s a nice werewolf, though, never actually killing anyone just “nipping” them. One night, however, Tony turns into the wolf and goes after his dad. His father ends up dying, not because of a wolf bite, but because he shoots his gun off in a bomb shelter and the ricocheting bullet nails him. After the funeral, Tony spends the next 21 years wandering the earth. 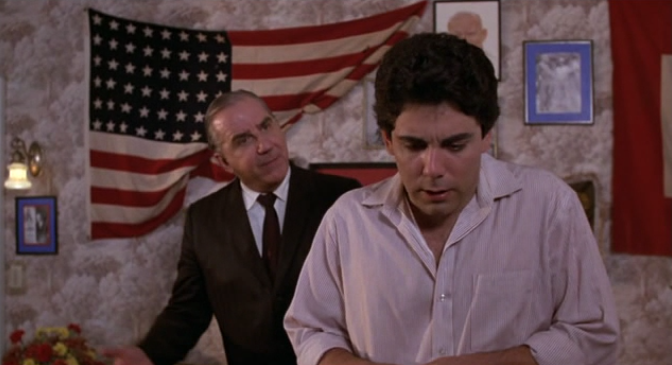 Now we pick up the story in the early 80’s. Tony has returned to his hometown. Since he never ages, he still looks like a teenager. He enrolls at his old school, determined to get the chance to play in the big football game that he missed all those years ago when he skipped town. Tony pretends to be his own son, thus explaining the strong resemblance, but this doesn’t fool his old girlfriend (Roz Kelly) who is married to his former best friend (Bill Kirchenbauer), a cop tracking down the werewolf. Eventually Tony finds himself behind bars, but he sets out to escape just in time to be the hero of the big football game…but in wolf form.

Full Moon High seems to be going a bit for the Airplane! style of comedy, but it doesn’t succeed in being very funny. The majority of the gags are just clunkers, pure and simple. The few jokes that do have potential aren’t helped by the cast as they struggle with their sense of comedic timing. I think some of the film’s biggest problems come down to Arkin’s performance. At times it seems like Arkin thinks he’s doing a standup routine. In the scene where he’s first attacked by the werewolf he gives this annoying and just plain unfunny running commentary that really tried my patience. 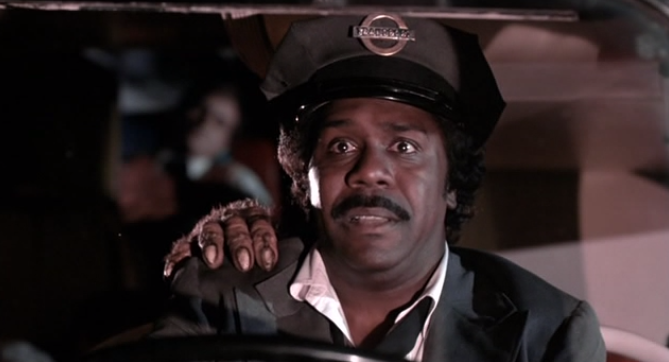 One fun aspect of the film is recognizing the various familiar faces that pop up in supporting roles in this film. Roz Kelly, of course, played The Fonz’s one time girlfriend Pinky Tuscadero on Happy Days, while Bill Kirchenbauer starred on the late 80’s sitcom Just the Ten of Us. Also making appearances are Mr, Miyagi himself Pat Morita (who was also on Happy Days), future Too Close for Comfort star JM J. Bullock, Demond Wilson of Sanford and Son fame, and Bob Saget…long before Full House. And then we have Ed McMahon, who I truly believe found his calling as co-host of The Tonight Show because this film goes to show he wasn’t much of an actor.  It is really weird, though, to see him, the perennial nice guy, in a part that requires him to be a bit of a slimy womanizer.  It was fun to see all these familiar faces, but there was also one familiar face who unfortunately gets put into a really tasteless part. Kenneth Mars, who appeared in many of Mel Brooks’ films, is given the part of a high school football coach who…well…let’s just say he’s setting himself up for an appearance on NBC’s To Catch a Predator. Mars is way better than this.

The one real bright spot in this film was a completely unexpected appearance by Adam Arkin’s father, Alan Arkin. I admit, when the elder Arkin first showed up on screen I rolled my eyes. I was thinking, “seriously, it’s come to this? Dear old dad has shown up to save this miserable film his son landed.” Thing is, though, Alan Arkin is hilarious in this. He plays a psychiatrist who is out to nab the werewolf and study him. Arkin’s delivery of his lines is just priceless and I would wager that he probably improvised several of his scenes. After Alan Arkin had shot his scenes, Larry Cohen should’ve gotten down on his hands and knees and pleaded, “Please stay on set! Teach me your ways! This movie is a steaming garbage heap without you!”

Unfortunately, the Oscar-winning Arkin’s scenes come late in the film, so you have to slog through a lot to get there. For me, these few laughs were too little too late. The rest of the film ends up being a silly werewolf comedy that just plain isn’t funny.

One thought on “Full Moon High”