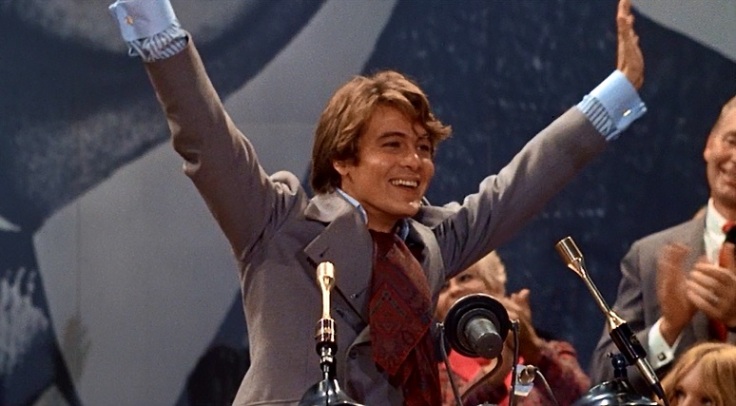 Well kiddos, the election is just about upon us. In just a few hours everyone will be out there trying to cast their ballots. It’s going to be a madhouse! We’re talkin’ tons of people. But imagine how many more people would be in line with you if the voting age were lowered…like, let’s say, to 15! Well you don’t need to imagine…it happens in our film today. It’s politics according to American International Pictures in 1968’s Wild in the Streets. 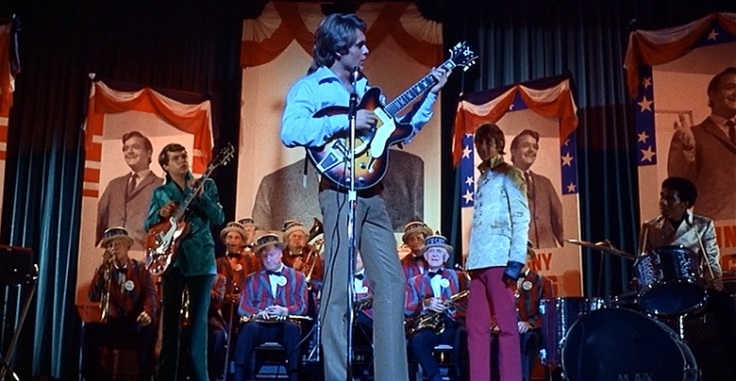 The film centers on a popular singer known as Max Frost (Christopher Jones). This guy is the hottest thing in music, along with his unique band/entourage. There’s his girlfriend Sally LeRoy (Diane Varsey), hook-handed bass player Abraham Salteen (Larry Bishop), 15-year old lead guitarist and attorney Billy Cage (Kevin Coughlin), and on drums Stanley X (Richard Pryor). Max isn’t exactly into politics, that is until he and his gang play at a rally for senate candidate Johnny Fergus (Hal Holbrook). At the rally, Max riles up the crowd by suggesting that the voting age be lowered to 14. He even composes a song called “Fourteen or Fight.” 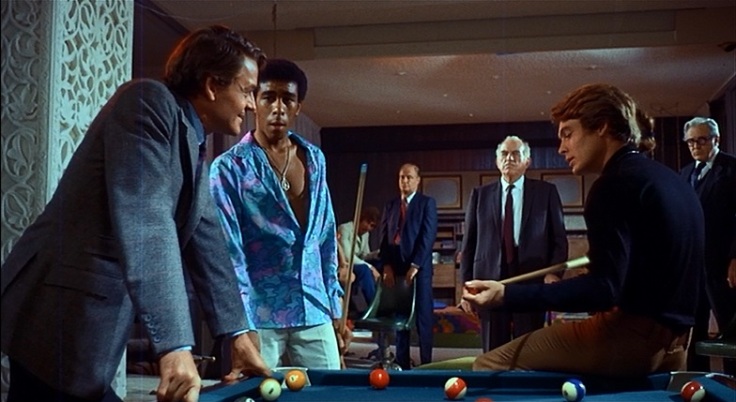 This takes the country by storm, and Fergus even gets on board when Max agrees to change his cause to “fifteen and ready.” Soon states start lowering the voting age…but Max has more plans. When a special election is needed to replace a congressman, Sally ends up running and and winning. She then introduces a bill to lower the age requirement for elected officials to 14. The bill ends up successful when Max spikes the water supply of Washington DC with LSD. Now congress is filled with teenagers and before you know it everyone over age 35 is sent off to re-education camps where the LSD is plentiful. Of course, Max next sets his sights on the White House. 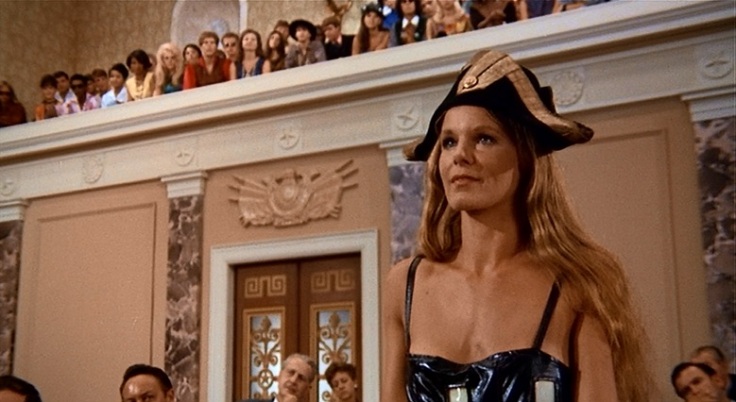 I was never quite sure what to make of Wild in the Streets. It was released by AIP, which tended to release films aimed at youthful audiences. There is a lot about this film that I’m sure the late 60’s counter culture really dug. Yet, the film could also be looked at as a sharp satire pointing out some of the more ridiculous aspects of the counter culture movement. Strangely, the film ends up succeeding on both fronts. The film just becomes more and more outrageous as it progresses, ultimately pointing out how ridiculous we become when drunk with power.

Over-acting is the name of the game with this film, and considering the outlandish places the story goes, it’s fits. Christopher Jones’ manic speech in front of congress at the film’s conclusion (“Give me the POW-er!”) is part Adolf Hitler part acid trip. Still, the award for overdoing it here definitely goes to Shelley Winters, who gets top billing in the film as Max’s mother. I actually felt that Winters’ role was really unnecessary in the grand scheme of the plot. She shows up and leaves…we forget about her for awhile but then she pops up again. She doesn’t need to be there, but her performance is crazy fun. 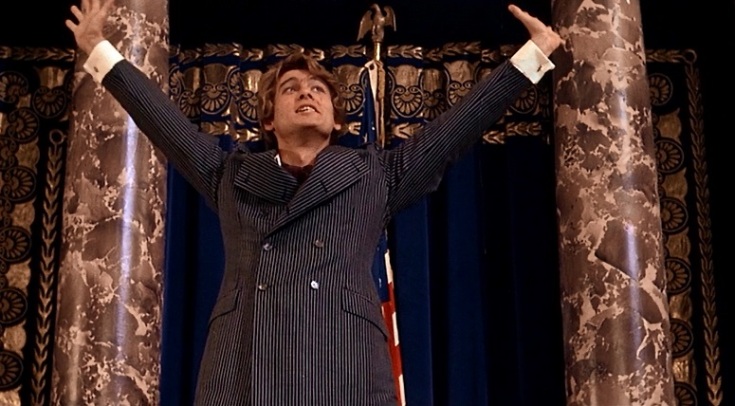 Speaking of crazy fun, there is a certain psychedelic quality to parts of the film which make it enjoyable on some level, even if you can’t quite wrap your brain around the absurd story. The songs are also wonderfully nutty. They’re what you might get if you put The Doors and The Archies in a blender and hit the Puree button. The album can be streamed on Spotify if you want to trip out on it a bit. There’s also some weird cameos along the way, including Dick Clark, Army Archerd, and Walter Winchell. Strangest for me, though, was when Barry Williams, a year or so before landing the role of Greg on The Brady Bunch, shows up as the young Max in the film’s opening moments.

In this most bizarre of election seasons, I found Wild in the Streets to be a somewhat sobering film to take in. Perhaps there was a part of me that was relieved that we really haven’t gone as bat guano as we may think. Not that the potential isn’t still out there.

NOTE: Wild in the Streets was recently released on DVD and BluRay by Olive Films.  Thanks to them for letting us check out the film!

One thought on “Wild in the Streets”