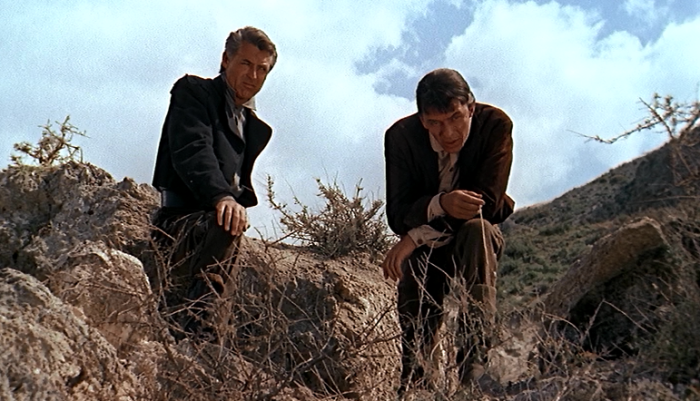 I know that Frank Sinatra appeared in a lot of movies, but I never think of him as a movie star. His role in Guys and Dolls makes sense. After all, it’s a musical and he was a singer. He doesn’t sing in The Manchurian Candidate, but he’s well suited to that role. I definitely never pictured him, though, as a Napoleanic era Spanish guerilla fighter. That’s what we get, plus Gary Grant and Sophia Loren, in 1959’s The Pride and the Passion.

The story all centers around a giant cannon abandoned by a Spanish army retreating from a battle against the French. A British Royal Navy captain, Anthony Trumbull (Cary Grant), is dispatched to retrieve the massive gun. He needs some help, though, for which he recruits a guerilla army of spaniards, led by Miguel (Frank Sinatra). He has different ideas for how to use the weapon than Trumbull, however. He insists that they haul the cannon many hundreds of miles so they can recapture the city of Avila, under the control of the French. 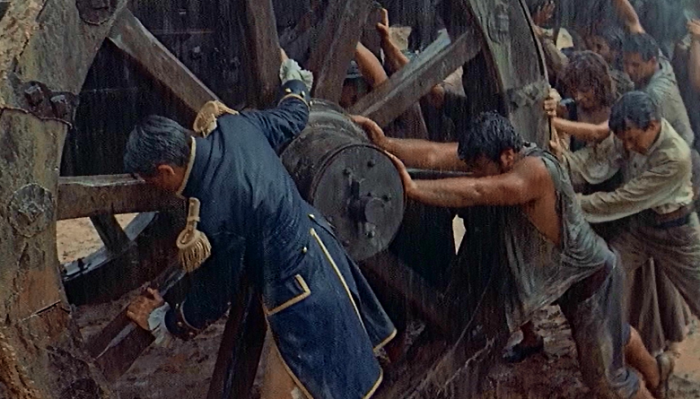 They have to push the cannon uphill and downhill…across fields and rivers. There are a few skirmishes along the way. Of course, Trumbull and Miguel butt heads throughout the whole process as everything leads up to the big final battle. Oh, yeah, and Miguel’s mistress Juana (Sophia Loren) is along for the ride and eventually starts sucking face with Trumbull.

The Pride and the Passion is certainly a film that thinks very highly of itself. I mean come on, it’s based on a novel by C.S. Forester simply called The Gun, someone, however, felt the need to change the title to the very pompous and important sounding The Pride and the Passion. The film itself, though, lacks any real power. That’s somewhat understandable considering the rumors that suggest this was a very troubled production. Some say that Sinatra asked director Stanley Kramer to condense his scenes and then quickly left the production when his marriage to Ava Gardner fell apart. Ultimately, Sinatra is one the film’s biggest problems. His Spanish (by way of Hoboken, NJ) accent is quite frankly laughable. Sadly, it becomes incredibly distracting. 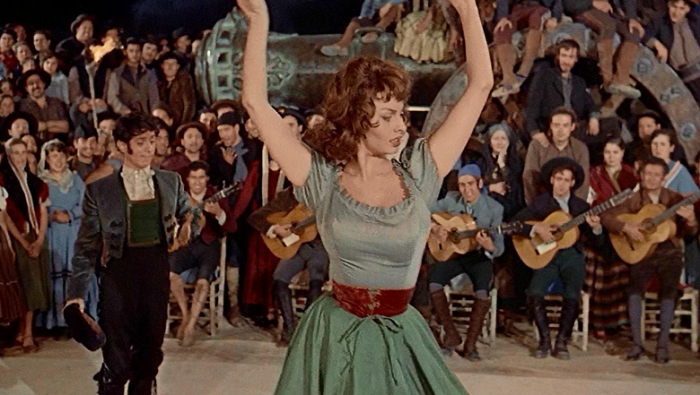 Sinatra’s not alone in this, though. Unfortunately, Grant and Loren don’t turn in very compelling performances either. The light-heartedness that I usually associated with Cary Grant is nowhere to be found here and it doesn’t really suit him. There’s also virtually no chemistry between these two. Things get off to a good start early in the film when Loren does a very steamy dance number. Somehow even after that Grant comes across as a wet noodle. 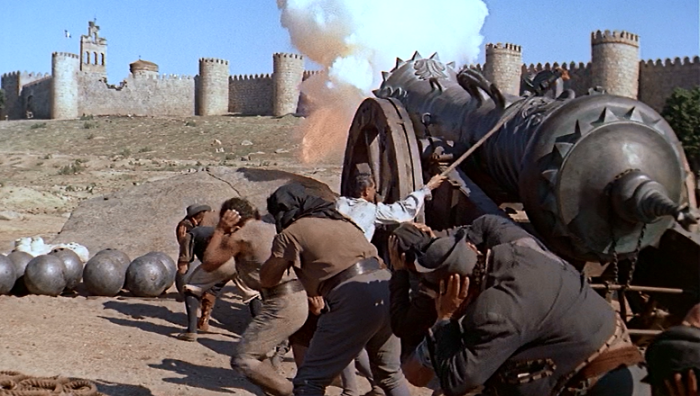 I did admire some of the large-scale sequences of the film. There’s a nicely done fiery battle sequence midway through and an exciting scene involving the cannon speeding down the side of the mountain. The build up to the final battle, though, is pretty flat. The battle itself is little more than blasting some holes in the big wall so that all the Spanish peasants can run in with clubs and pitchforks. It kind of makes the last 2 hours feel a bit pointless.

The Pride and the Passion certainly tries hard to be a big spectacle of a movie. Clearly, though, the cast was not a good fit with the material or each other. I think it’s fair to say their hearts weren’t really in it, either. Perhaps if Sinatra had gotten to belt out a song? In that accent, though, I’ll pass.

NOTE: The Pride and the Passion was recently released on DVD and BluRay by Olive Films. Thanks to them for giving us a chance to check out the film.