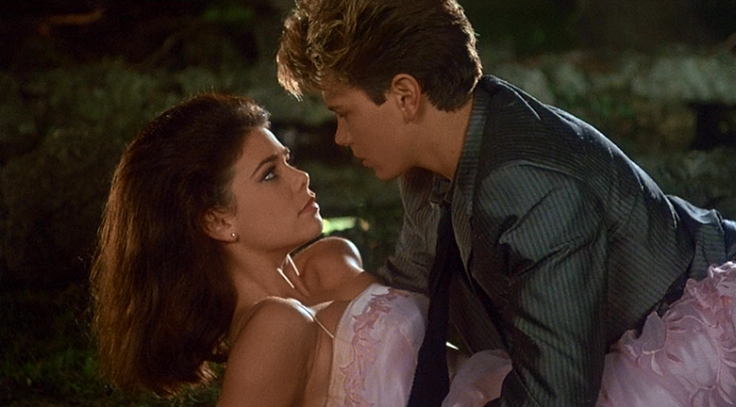 There was a time in the late 80’s and early 90’s when River Phoenix was one of the hottest teen stars out there. This is at a time when teen-oriented movies were huge. And then, abruptly, it all came to an end with his death at age 23, the result of a drug overdose. In his short career he did have a rather diverse filmography, including more dramatic roles than many of his teen actor contemporaries. Our film today is one that came at the height of Phoenix’s popularity, but failed to even appeal to the Tiger Beat audience of the day…1988’s A Night in the Life of Jimmy Reardon.

Jimmy (Phoenix) is a recent high school graduated from a working class family in the early 60’s era Chicago suburbs. He does, however, tend to hang out with friends who come from a bit more well-to-do families. This includes his awkward buddy Fred (Matthew Perry). Fred doesn’t know that Jimmy regularly dresses up as a ski-mask wearing assailant to engage in sexual playtime with Fred’s girlfriend Denise (Ione Skye). There’s also the gossipy Suzie (Luanne) and Jimmy’s wealthy girlfriend Lisa (Meredith Salenger). The problem that Jimmy faces is that Lisa is about to head off to college in Hawaii, while he is stuck trying to please his father (Paul Koslo) by attending the small business college he did. 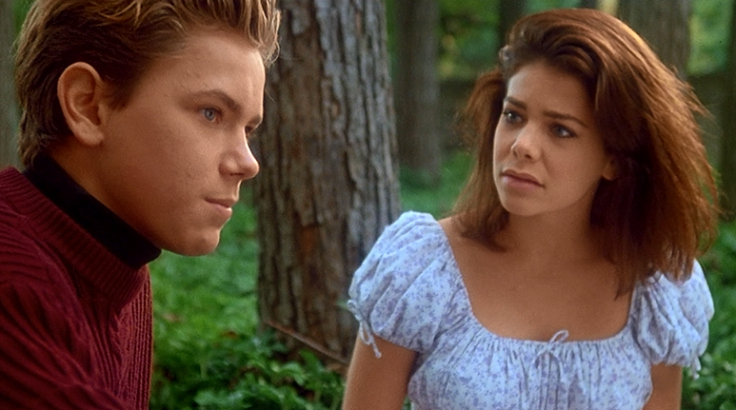 Jimmy decides that he is going to quickly gather the money he needs to buy a plane ticket so he can accompany Lisa to the 50th state. However, he does have enough time to hook up with Denise, bed down with his mother’s sexy friend (Ann Magnuson) and cause all sorts of other trouble before picking up Lisa for the big dance…all on the night she’s decided to finally let Jimmy make love to her. 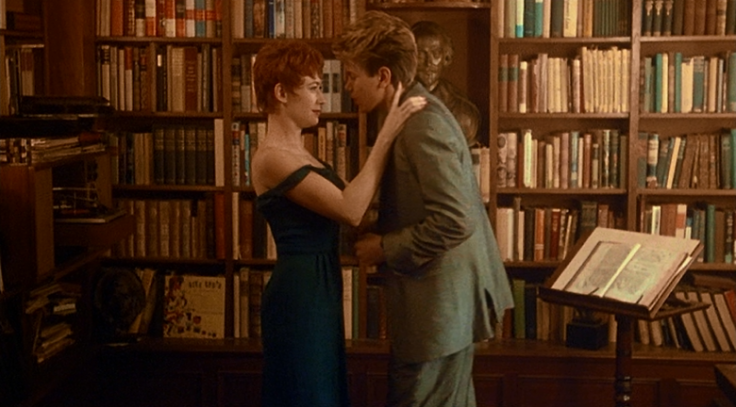 Now, I had always thought that this was a standard 80’s teen comedy. By that I mean – set in the 80’s. Who could blame me? Just google the poster image for this and you will see River Phoenix with 80’s hair, wearing 80’s clothes, flanked by Meredith Salenger, Ione Skye, and Luanne all also decked out in 1988 styles. The film takes place in the 60’s, though! Now, I get that this was just a marketing thing, but it’s somewhat indicative of the film as whole. I didn’t feel like I was transported to the early 60’s at all. Having a few classic cars on screen and throwing a few old tunes on the soundtrack is not enough to do a solid job of world building.

One of the biggest hurdles for me, though, was that I just didn’t buy River Phoenix in this role. Though the actor was playing his own age in this film, he sure doesn’t look it. He’s supposed to be a 17-year-old on the verge of heading off to college…he looks like he’s on the verge of heading off to Martin Van Burren Junior High! Add to this the fact that there’s almost nothing appealing about the character. He’s a jerk to his best friend, cheats on his girlfriend, and pretty much doesn’t give a rip about anyone other than himself. I think the hope was that Jimmy would come across as a lovable scamp, instead he’s just an annoying pipsqueak. The supporting cast is much more appealing. Granted, someone could make a film that was just Ione Skye organizing her sock drawer and I’d watch it. Matthew Perry (credited as Matthew L. Perry) and Luanne (who was the little girl in Oh God Book II) are also quite good. 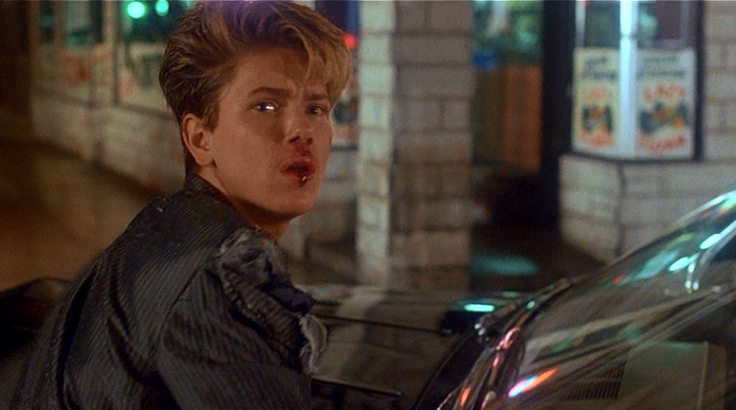 The film, I think, suffers from having a couple dozen half-baked ideas, some of which could’ve been somewhat compelling with more development. At first I thought the film would focus primarily on the quest to raise the money for the airline ticket. Seemed like a premise with madcap comedy potential, after all, but that’s quickly abandoned. If the filmmakers had wanted to go more dramatic, going deeper on the relationship between Jimmy and his father would’ve had great potential. Want more of a teen sex romp, then stick with the dynamic between Jimmy, Denise, and Fred. What we get is a film that zips around between too many story elements, none of which are resolved in a satisfying way.

River Phoenix was a very talented young actor, and it is sad that we aren’t enjoying new performances from him today. Every actor has their missteps, though. A Night in the Life of Jimmy Reardon is sadly a big misstep for Phoenix. It’s a mishmash of ideas all centered around a very unappealing character.