I’ve always been slightly fascinated with the unusual paths to movie stardom that some people have had. I think about people like Audie Murphy, he was one of the most decorated combat vets of World War II and someone at a movie studio thought that making him a movie star was the next logical step. How ‘bout Esther Williams, a competitive swimmer turned leading lady. Then we have the star of our film today, Ali Landry. To many in the late 90’s she was “that hot girl from the Doritos Super Bowl commercial.” Of course, once you’ve shared the screen with nacho cheese flavored chips, movie stardom is what comes next. Well, maybe the direct-to-video sort of stardom when you headline films like this 2002 offering, National Lampoon presents: Repli-Kate. 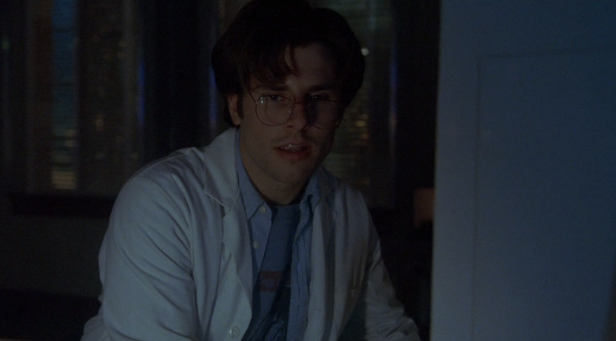 The plot centers on a young scientist named Max Fleming (Psych’s James Roday) who is working with the stuffy Dr. Jonas (Eugene Levy) on some cloning technology. Max is actually the brains of the operation, though, and has had some success with cloning a mouse. Of course, Jonas is anxious to present these findings to the world and to receive all the attention that comes with it. This includes a story being written by a gorgeous young magazine reporter, Kate Carson (Landry). One day, while she is interviewing Max in the lab, she accidentally cuts herself. Some of her blood ends up on a slide and, well you can do the math. Later when Max tries to create another clone with what he thinks is mouse blood, he ends up with a clone of Kate…full-grown and as sexy as the original.

Now, Max and his friend Henry (Desmond Askew) have to keep “Repli-Kate” away from the original, and teach her to function in the real world. However, they decide to mold her in their image. Basically, they teach her to see the world the way a dude would…love sports, drink lots of beer, be sexually dominant, that sort of stuff. They soon learn having a gorgeous woman around who acts like a frat boy is actually no fun at all. Things are complicated further when Max and the real Kate start to fall in love. 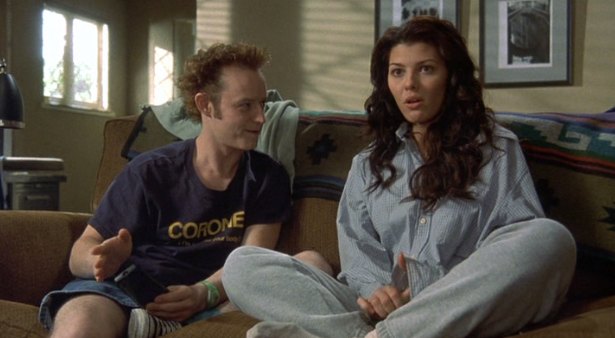 I’ve watched enough of these National Lampoon films to not go in expecting a whole lot. While it does stumble into the realm of moronic humor at times, I was really surprised at how charming Repli-Kate manages to be at times. I think it’s fair to say that the material is elevated immensely by the film’s two very engaging leads. My family are huge fans of the show Psych, so when I saw James Roday show up on screen I thought this could be interesting. He really sells it as a guy who is brilliant, but a bit of a goofball…not to mention a total wash-out when it comes to interacting with the opposite sex. I can’t fault him for fumbling a bit, though, when his conquest is as gorgeous as Ali Landry is. She’s more than just a pretty face in this film, though. She proves to be quite a skilled comedic performer both as the very sweet and crushable Kate and the offputting Repli-Kate. Her professors at the Frito Lay School of Acting should be proud. 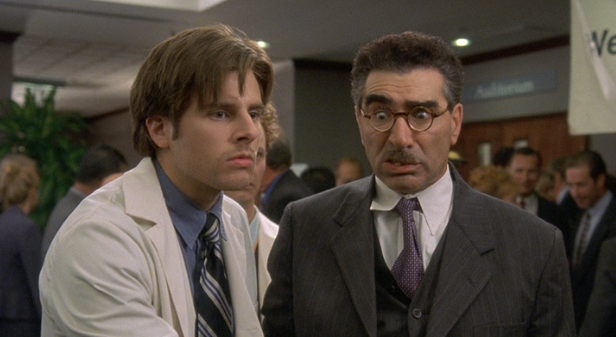 Though the film is very sweet at times, this is still a National Lampoon film, and we’re many years removed from the likes of Animal House and Vacation. The film slips into some painfully sophomoric moments of attempted humor that do threaten to sink this film. The climax of the film is especially egregious, where a (spoiler alert) cloned version of Eugene Levy’s character stands in front of an auditorium full of scientists and delivers a speech which consists of saying the word “penis” over and over and over again. Did the filmmakers not realize that they had Eugene Levy there? He’s only one of the funniest comedic performers to come out of the Second City. You could’ve told the man to improvise for three minutes and you’d have had enough comedic gold to make a leprechaun jealous. The sequence is made even more painful given the fact that the film actually has a fair share of solidly funny moments. Ali Larter has a really fun scene where the two versions of herself keep almost running into each other in a department store changing room. She even gets to do a short take on the Marx Brothers famous Duck Soup mirror sequence. The film has some moments of good comedy, but when it falls it falls hard.

Despite those painful moments, I think the film ultimately charmed me more than it frustrated me. The love story that claws its way through the more juvenile moments is pretty darn sweet. Roday and Landry make a great couple. There’s great chemistry between them and it’s a nice touch that, as gorgeous as she is, she fumbles with trying to move their relationship forward just about as much as he does. Even though this all takes place in the context of an outlandish story, there is something genuine about the evolution of their relationship and you can’t help but root for them as a couple.

Repli-Kate certainly falls victim to some of the trappings that come with slapping the name National Lampoon on a film, but it does manage to rise above the frat boy humor at times. It is by no stretch of the imagination an expertly handled comedy, but the two leads do give the film a sweetness that is hard to resist. It’s not a great film, but was a pleasant enough surprise.