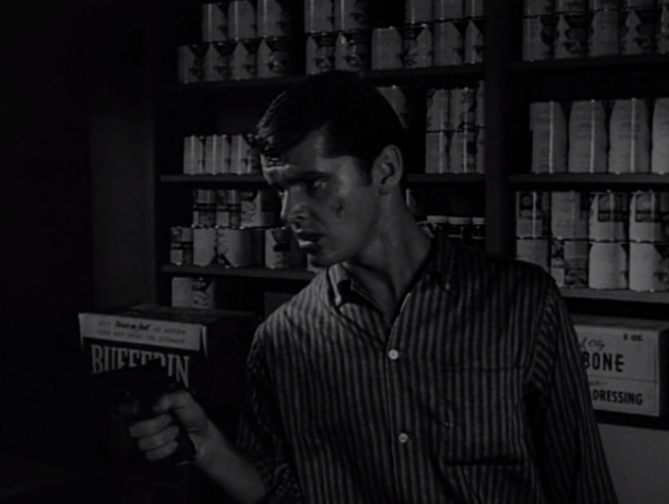 The Cry Baby Killer, released in 1958, is one of those films that is mentioned from time to time but that very few people have actually seen. It has one big claim to fame, it is the film debut of one Jack Nicholson. We always say that everyone has to start somewhere, but in this case, old Jackie Boy landed the title role. Though, he doesn’t end up being as much of a central figure in the film as you might think. Jack plays Jimmy Wallace, a put-upon teenager who is having a bit of a rough night. Seems a slimeball named Manny (Brett Halsey) has not only stolen Jimmy’s best girl, Carole (Carolyn Mitchell), but also had his goons beat Jimmy up and leave him bleeding in an alley. This leads to another confrontation outside the local diner, during which Jimmy gets a hold of the gun being packed by one of Manny’s friends. Shots go off and the next thing we know, Jimmy is hiding in a shed with two accidental hostages, an African-American maintenance man and a woman with a newborn. What follows is a circus complete with cops, reporters, and angry townspeople all gathered to see Jimmy meet the bad side of a bullet. 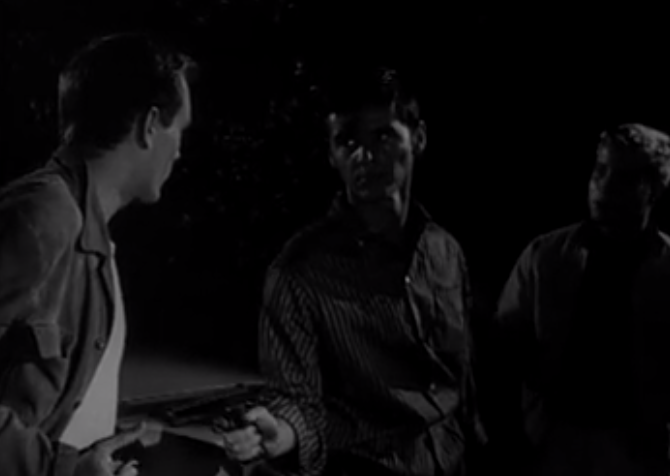 Once Jimmy is shut up in the shack, much of the film actually centers around the efforts of police Lt. Porter, played by Harry Lauter. Though there are intriguing elements of Lt Porter’s story, spending so much time with him leads to the conclusion that producer Roger Corman didn’t know what he had yet when it came to the grinning kid playing Jimmy. To be perfectly honest, Nicholson still had a long way to go as an actor when this was made, but still, every time he’s on screen you can’t help but think, “look at that kid go!” His performance is on a different plane than pretty much everyone else in this flick, jittery and filled with angst. Sadly, there are times when the film wanders away from him for far too long. I found myself pleading, “just get back to Nicholson, already!” This is not to say, though, that the story surrounding Nicholson’s character does not have some merit. It does manage to be an interesting look at the somewhat blood-thirsty nature that many people have when it comes to watching tragic stories unfold. One of the most interesting moments of the film comes right at the end as (spoiler alert for a sixty-one-year-old movie) the conflict is resolved in a peaceful way. The looks of disappointment on the faces of the spectators who have gathered is priceless. Truth be told, though, I was kind of disappointed in the way things ended myself. The story really seemed to demand an ending that would’ve been much more grim, but also much more satisfying. 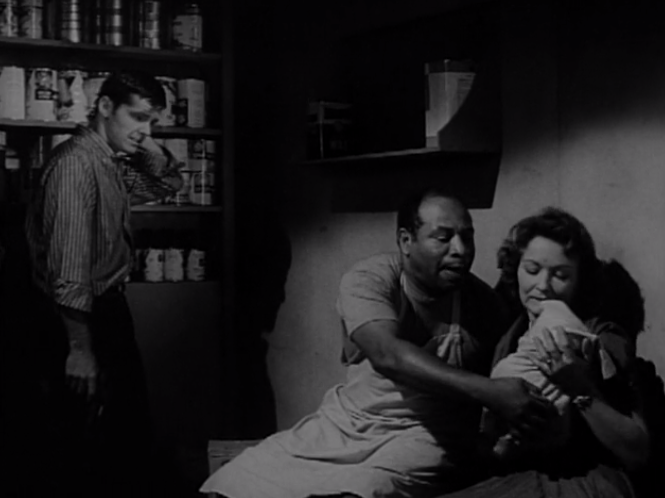 There are other tangents that the film goes on that are intriguing but never really explored as much as they maybe should’ve been. The film is a mere sixty minutes in length, so there’s not really a whole lot of time to get deep. Still, the film does flirt with a storyline that indicates that Manny’s gang pays the owner of the diner extra to essentially slip roofies in the drinks of their female conquests. There’s also a nice scene where Jimmy’s parents talk about the pain involved in watching their once precious children grow into rebellious and violent teenagers. 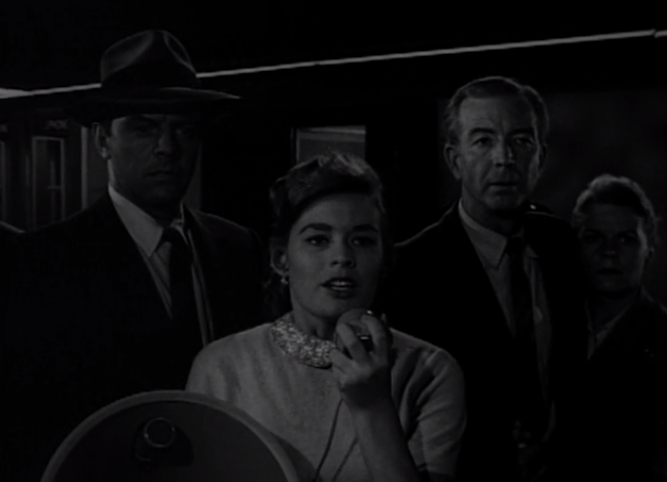 Though The Cry Baby Killer is most notable for the debut of Jack Nicholson, it does feature another cast member whose life would take a dramatic turn right around the time of this film’s release. Carolyn Mitchell (real name Barbara Ann Thomason), who plays Jimmy’s girl Carole, met actor Mickey Rooney right around this time and eventually became the fifth Mrs. Rooney. Four kids and a very rocky relationship with Rooney would follow. In 1965, as her marriage to Rooney was falling apart, Barbara Ann Thomason would begin an affair with Milos Milos, a stunt double and bodyguard for actor Alain Delon. On January 30, 1966, Milos shot and killed Barbara Ann at Rooney’s house with Rooney’s own pistol before turning the gun on himself. Another one of those dark and mysterious chapters in Hollywood history.

In the end, The Cry Baby Killer (which incidentally, is a film in which nobody is killed) is a film that will primarily be of interest to those with a curiosity for Hollywood history. Some perhaps have an interest in the Barbara Ann Thomason tragedy. Many will surely be excited to see the earliest big screen performance of one of the all-time great actors. Nicholson is quite definitely what makes this film a somewhat entertaining watch. The parts of the film that don’t feature Nicholson, though, are pretty run-of-the-mill.

2 thoughts on “The Cry Baby Killer”