Almost 19 years ago, I transplanted from the windy city of Chicago to the great western city of Denver. I love being able to experience the wonderful culture that this beautiful state does such a great job of preserving. One thing I certainly never experienced as a Chicagoan is rodeo. But out here, each summer there are tons of opportunities to take in this unique western sport. Today’s movie takes us into the world of rodeo, and with bombshell Mamie Van Doren leading the way…well heck, who isn’t gonna follow. From 1958, it’s “Born Reckless.” 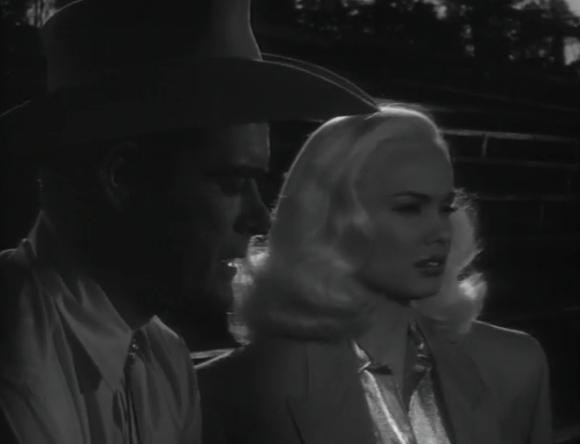 Van Doren plays Jackie Adams, a trick rider and western singer making her way across the rodeo circuit. One night after singing in a local bar, a rodeo sports writer (Tom Dugan) tries to get a bit too friendly with her. But coming to the rescue is cowboy Kelly Cobb (Jeff Richards) and his crusty old pal Cool Man (Arthur Hunnicutt). A short time later, Jackie hides in the back of Kelly’s car so she can get a lift to the next rodeo.

Kelly has big dreams of settling down, and Jackie starts to think she wouldn’t mind joining him in that endeavor…but there are still rodeos to win. Jackie ends up becoming quite a handy girl to have around, especially after she pays the extra money Kelly needs to enter a special event at the next rodeo. He manages to win the Roman riding race…which involves racing while standing on the backs of two horses. Unfortunately, someone ends up stealing the prize money from the rodeo organizers, so no payoff for Kelly this time.

From there, the trio head for the ranch of Kelly’s friend Papa Gomez (Nacho Galindo) and his family. Kelly has borrowed a lot of money from Papa over the years to cover entrance fees, but has been unable to pay him back. Papa is understanding, but is also anxious to buy more land to support his family. But fear not, Kelly is sure to bring in some money at the nearby Panamint Rodeo.

Kelly is one of the favorites for the event. That is, until he gets, shall we say, distracted by another woman, the sultry and wealthy Liz (Carol Ohmart). This doesn’t go over well with Jackie, of course. It also does not bode well for Kelly’s rodeo chances, as the next day he pretty much flubs every event. That night, Jackie decides to head over to Liz’s place and take care of this rodeo floozy. She ends up tossing both Liz and Kelly into the pool. Kelly soon realizes the mistake he’s made, but has he come to his senses soon enough to win the rodeo…and the girl?

There’s an awful lot to like about “Born Reckless.” Chief among them is Mamie Van Doren, who is absolutely great here! When it comes to the blonde bombshells of the 50’s, Van Doren was one of the best. She had better acting chops than many of them…even Marilyn Monroe, at times. Here she manages to play the sweet girl, but still has a healthy dose of vamp in her performance. She’s just plain hypnotic…which leads to one of the big mysteries of this film: why on earth would Kelly even think of spending time with Liz over her?!? I’m baffled on that one. Van Doren’s musical numbers ain’t too shabby either, and when she and Carol Ohmart go claw to claw…classic! 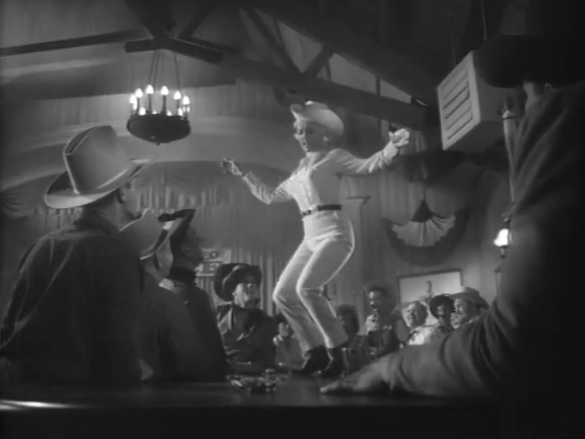 I also really enjoyed the rodeo sequences of the film. They aren’t exactly artistically shot, but they do a decent job of capturing the experience of the rodeo. The filmmakers also do an effective job of portraying the life of a cowboy traveling from competition to competition. Kelly may be a champ, but that doesn’t always equal financial success. He struggles…both with money and with women…and that makes him an interesting and believable character. But it’s still Van Doren who steals the show.

We’re also treated to several musical numbers, not just from Mamie. Both Tex Williams and rockabilly great Johnny Olenn make appearances. Add that to Van Doren’s numbers and you get a unique mix of western, rock ‘n’ roll, and sultry lounge singing. All in all, none of the film is meant to be taken too seriously. Bottom line…it’s no great cinematic achievement, but “Born Reckless” is good ole western fun!