They say that you should never judge a book by its cover. Still, there are sometimes when you just know by a movie’s title that you’re in for something scandalous. Even more so if we’re dealing with pre-code cinema. Probably one of the biggest rewards for me as a film fan as I’ve embarked on this journey through forgotten movies has been getting to see some of these often overlooked gems from the pre-code era. It’s amazing to see how much these films got away with, which brings us to today’s film. An eyebrow-raising title if there ever was one…1931’s Other Men’s Women.

The film focuses on two best friends who work for the railroad. Bill (Grant Withers) is somewhat of a ladies man. He’s even convinced waitress Marie (Joan Blondell) that he’ll marry her soon, though he has no intention of doing so. Bill’s also a drunk, a problem which one day gets him kicked out of his boarding house. Luckily, Bill’s partner Jack (Regis Toomey) takes pity on him. Jack is married with a beautiful wife, Lily (Mary Astor), and a nice house. The couple is more than willing to take Bill in for a few months to help him get back on his feet.

Several months pass and all seems to be well with the trio. However, one day Jack goes out to get some ice cream. While he’s gone, both Bill and Lily end up confessing that each has fallen in love with the other. They even share a passionate kiss before the realization comes…what do we tell Jack? Bill wants to tell Jack right away, but Lily insists that he can’t know. Not wanting to be messin’ around behind his friend’s back, Bill abruptly packs his things and leaves. However, this just causes Jack to become extra suspicious when he returns home. Lily’s standoffish demeanor doesn’t exactly help, either. Jack ends up going to find and confront Bill. The two hash it out while they steer a locomotive down the tracks. A fight soon erupts, and an accident with another train occurs since neither one was watching the tracks. In the aftermath of the accident, we learn that Jack has been blinded. 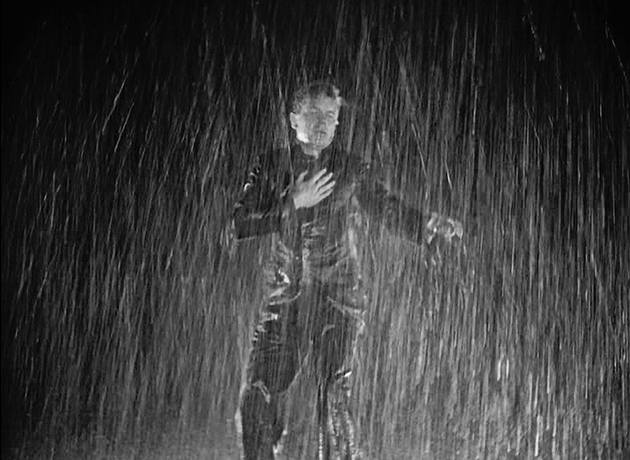 Jack now cannot work and is drifting into depression while Bill is consumed with guilt. This all comes as severe weather begins to pound southern California with a great deal of flooding resulting from the downpours. With water levels rising, Bill hatches a plan to use a train across the bridge to block the water flow. It’s a suicide mission, but before he can pull it off Jack takes matters into his own hands. 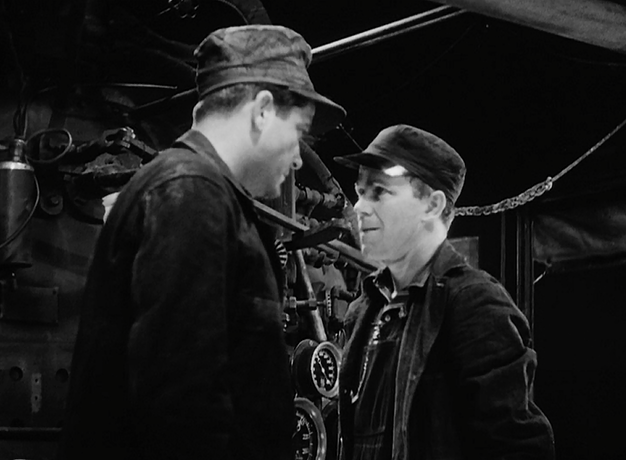 I guess another title for this film could’ve been No Good Deed Goes Unpunished. At its core we have two friends: one is responsible and the other is a slacker and a drunk. Poor Jack literally sacrifices everything for his friend…his wife, his sight, his job, and more (which to reveal would be a big spoiler)…when what Bill really deserves is a good right hook. But I guess that’s a common trait of pre-code movies. I admit, I’m still a bit wet-behind-the-ears when it comes to my knowledge of pre-code cinema, but so far I’ve seen several that excel and making an absolutely repugnant character quite compelling. We’re not quite at the level of say Warren William in Employees’ Entrance here, but Grant Withers’ Bill is a fun character to hate. On the other hand, I was a bit frustrated by the blandness of Regis Toomey’s Jack. He’s almost too much of a nice guy. With all that happens to the poor fellow I kind of wanted him to have at least one moment. Even when he does lash out at Jack during the fight in the train, he’s the one that gets the short end of the stick.

Though I did find the story of our two main characters compelling, in many ways they are overshadowed by a fantastic supporting cast. Among them is some guy called James Cagney. His part is small and pretty inconsequential to the ultimate story…but there’s a reason this guy became such huge star because he just takes over every scene he’s in. Cagney even gets a brief moment to show off some of his slick dancing skills in one scene! Mary Astor also does a nice job as Jack’s wife Lily, but the real scene stealer here is Joan Blondell as Marie. She’s perfectly cast as the quick-talking waitress. The scene where she and Grant Withers get more than a little tipsy is priceless.

While I certainly enjoyed the film, my mind is still struggling with how I should feel about the ending. I don’t want to spoil it for anyone here, but let’s just say it’s very dark. Yet, the last few minutes then shifts it to what I guess is supposed to be a happy ending…that in some ways just makes things worse. You can make up your own mind when you watch it. Ultimately, Other Men’s Women may not be one of the greatest examples of pre-code cinema, but it was packed with enough scandal and excitement to be well worth a watch.