I love it when I discover a film series that I’ve never heard of before. That happened a few months ago when reading up on some other classic films I saw a mention of actress Lupe Velez, star of the Mexican Spitfire series of films. I’d never heard of this series, but between 1939 and 1943 eight films were released in this series. Thankfully, the Warner Archive has released this entire collection in a DVD set. So, let’s take a look at the first film in the series, 1939’s The Girl from Mexico. 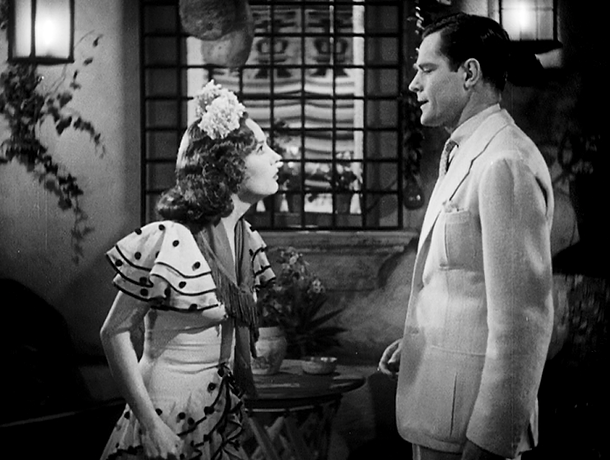 Our story begins with a New York ad man named Dennis Lindsey (Donald Woods) who must travel to Mexico to find a south-of-the-border style singer for a client’s radio show. Upon arrival he hears several ear-piercing singers, but has better luck when his car breaks down in a small village and he meets the feisty Carmelita Fuentes (Velez). Though she has a hot temper, she has a magnificent voice. Of course, Dennis wants to take her to New York, but she refuses. It takes convincing her family, and assuring a local judge the he will keep a careful eye on her, for Dennis to get the lovely latina to accompany him to the Big Apple.

Much to the chagrin of Dennis’ stuffy aunt and jealous fiancee (Linda Hayes), Carmelita is going to stay with Dennis and his family until the audition. Dennis’ Uncle Matt (Leon Errol), however, is quite taken with Carmelita, and even has her accompany him to a wrestling match. She ends up cheering so hard that she loses her voice and blows the audition. However, she manages to get a job singing in a restaurant.  The owner is the Mexican wrestler she cheered so loudly for, so she guilts him into hiring her. Then, in danger of being shipped back to Mexico, she and Uncle Matt plot to win over another of Dennis’ clients, and win Dennis’ heart in the process.

I think after watching this film I may have become the world’s biggest Lupe Velez fan. What a fantastic talent! She’s funny, she’s gorgeous, and what a voice! Her grasp of comedic timing is masterful and there is enough electricity in her performance to light Lincoln, Nebraska for a month. One of the most entertaining things about this film is just wondering what on earth this character is going to do next, only to have her go way beyond what you imagined. Velez is an absolute force of nature and I’m a better person for having witnessed this wonderful performer in action. I just wonder if this same level of energy continues for seven more films.

Though Lupe Velez can certainly carry the film herself, she also gets some very capable co-stars to play off of. Chief among them is Leon Errol as Uncle Matt. He continues through the series with Velez, and it’s no wonder why. The two have a great comedic chemistry. Before starting his film career, Errol was a regular of the vaudeville circuit. His character plays very much like a vaudeville second banana, with his sputtering reactions to Lupe’s antics. Even the straight-laced Donald Woods as Dennis makes a solid co-star who does what is needed for his character and is smart enough to know when to just get out of Lupe’s way. 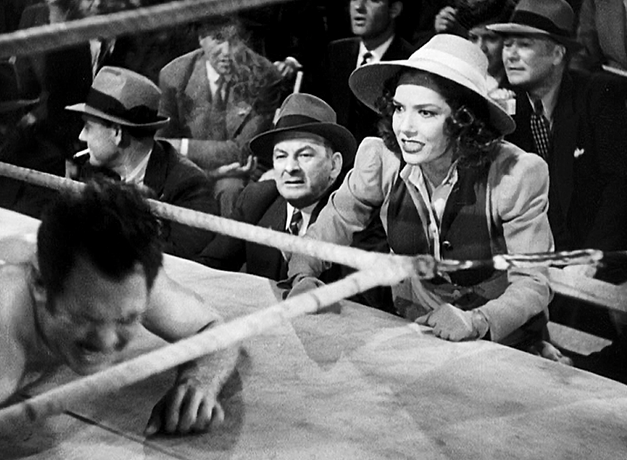 I admit, the story of this film is nothing spectacular. It’s pretty standard romantic comedy fare that still gets used to this day. The lead performance is so wonderful, though, that I didn’t really care much what the ultimate story was. I just buckled up and went along for the ride. As for the songs, they’re great! Once again, it’s not that there’s anything all that amazing about the songs themselves; we’re not talking production numbers here. The material is greatly elevated, though, simply due to the powerhouse performing them. Where can I buy her album!?

The Girl from Mexico was an absolute joy. There’s no mystery as to why RKO decided to bring this character back for more films. I was smiling ear to ear through the whole thing and look forward to the rest of this series. Sadly, Lupe Velez’s life would come to a tragic end just a year and half after the release of the last Mexican Spitfire film. That’s a subject for another time, though. For now I am thrilled to have been introduced to this feisty comedienne and am anxious to experience more of her cinematic legacy.

3 thoughts on “The Girl from Mexico”