Sometimes, even a film that won an Oscar can slip into the realm of Forgotten Films. Of course, it’s not so easy for that to happen if you won Best Picture, but Best Original Song, that’s another story. This particular song beat out “Hoplessly Devoted to You” from Grease, among others! While the song “Last Dance” by Donna Summer has gone down as a disco classic, who can remember the movie it was from? It’s the title of this blog post, genius!! Get ready for 1978’s Thank God it’s Friday. 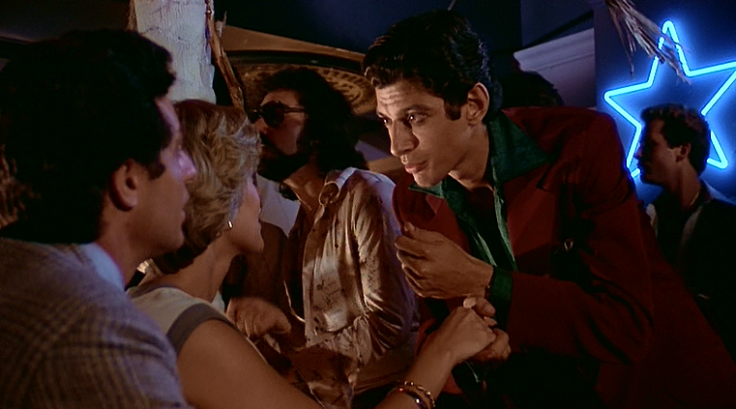 The film is basically a night in the life of an LA disco club called The Zoo. We follow several different storylines of various employees and patrons of the club. Among them we have a married couple, Dave (Mark Lonow) and Sue (Andrea Howard) who interrupt their 5th wedding anniversary dinner to visit the disco, at Sue’s insistence. Dave is not as thrilled about visiting the club, especially when the owner, Tony Di Marco (Jeff Goldblum) takes an interest in his wife. Dave then ends up attracting the attention of somewhat kooky dental hygenist (Marya Small) with a pocket full of pills.

Among the other storylines is that of Frannie (Valerie Landsburg) and Jeannie (Terri Nunn), a pair of underaged teenagers out to sneak in and win the dance contest. We also follow the klutzy Jennifer (Debra Winger) as she and her friend struggle to find male companionship. There’s also DJ Bobby Speed (Ray Vitte) who is anxiously awaiting the arrival of The Commodores (playing themselves) and an aspiring singer, Nicole (Donna Summer) trying to convince Bobby to give her a chance to sing in the club. 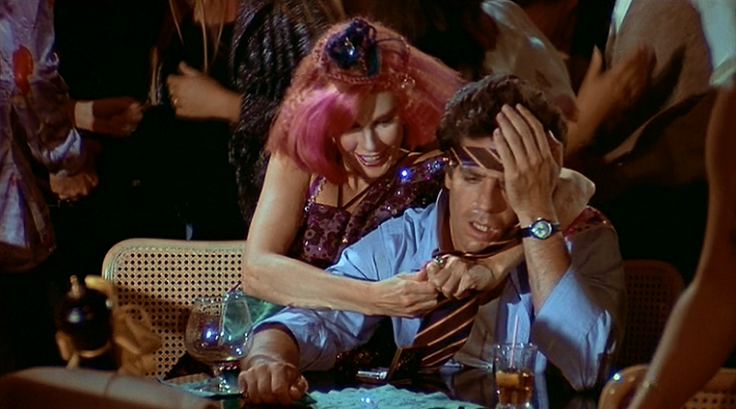 Though the film is a bit disjointed, following several different storylines, there’s enough that works to make Thank God it’s Friday a moderately entertaining film. I found the most interesting story to be the one concerning Frannie and Jeannie. I actually wouldn’t have complained had this been the primary focus of the film. Both Valerie Landsburg (who I remember from the TV series version of Fame) and Terri Nunn (yup, lead singer of Berlin) have a lot of spunk and make their story fun. I love that the whole reason these two want to win the disco dance contest is so they can ultimately do something very un-disco…buy tickets to the KISS concert. These two also have some fun moments with Chick Vennera as Marv, another dance contest hopeful. 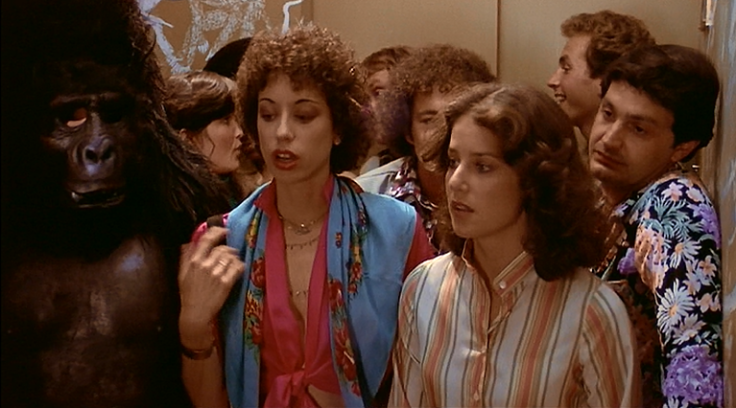 Stealing the show, in the few and far between scenes she has, is none other than Debra Winger. This is just her second film, and just a few years after this she would become an awards darling. Her biggest role up to this point was playing younger sister to Lynda Carter’s Wonder Woman on a few episodes of the 70’s TV series. Both on that show, and in this film, she shows a real knack for comedy. She has several moments of physical comedy here, and is quite funny. She’s also beyond adorable in this…but what do you expect? It’s 23 year old Debra Winger, after all! 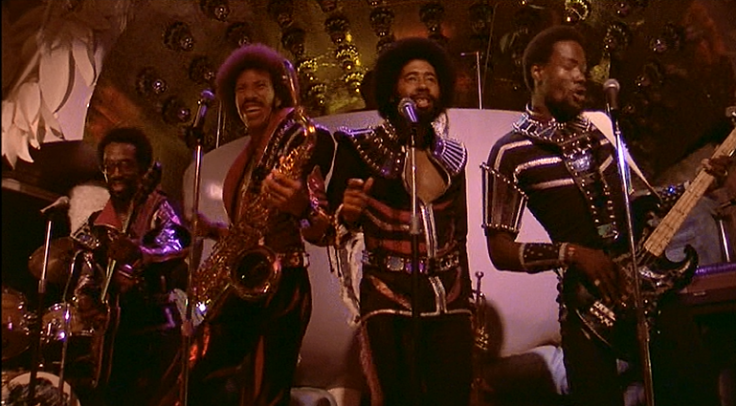 There are some other fun performances, from Jeff Goldblum all the way to DeWayne Jessie (AKA Otis Day from Animal House) as a hapless roadie for the Commodores. However, as is the case with many films like this, some stories are going to outshine others. Here, some of the storylines end up abandoned for big parts of the film. Winger’s storyline is one that falls victim to this, which is a shame because, like I said, she’s so dang funny and adorable. Other storylines that aren’t as interesting get way more attention than they deserve. The Donna Summer scenes are the biggest offender here.

The film does feature a great soundtrack, which does help us get past some of the film’s lesser moments. The Commodores even perform “Too Hot ta Trot” for the dance contest scene. There’s not really any filler material on this soundtrack. The same can’t be said of the film itself, though. Certain stories and characters were enjoyable, while others we definitely B-side material.